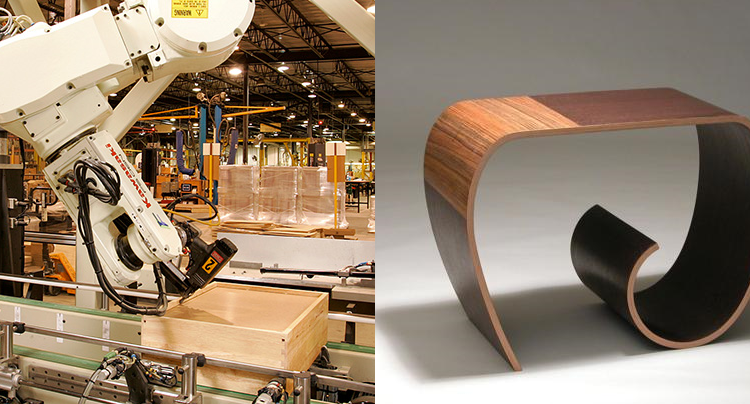 The discussion provided below first and foremost focuses on a furniture design process.

When selecting a CAD system, comparisons are first made between the features offered by them. Features define “what the system does” and, based on the presence or absence of those features, we can make comparisons between the systems and test their suitability for addressing the tasks at hand.

It may seem heretic, but the question “what the system does” is not the most important one.

For example, a furniture design system that does not offer automated BOM creation will be of less value than the systems that offers this feature. Therefore, systems available on the market must offer a set of features that would meet at least minimum necessity criterion. And if the system does not have it, it is not even considered as a possible candidate.

The list of system features is a “hard” criterion: it is perceived clearly, it has a clear value and lends itself well for comparisons.

In this article I want to discuss one of those criteria, namely the automation of the design process and how it is impacted by the flexibility of the system.

One of the top priorities of every business is to reduce the cycle time of a given product design and preparation of information for the manufacturing of that product. This can be achieved through automation of routine design operations (let us call this feature “automaticity”). One of such methods of automation is to create parameter-based prototypes of a part or product the use of which will deliver significant time savings and reduce the number of potential design errors, because:

One possible example of such a prototype can be a shelf with all hardware elements or an item of larger dimensions, e. g. a cabinet with an option of adjusting main dimensions and configuration parameters.

Virtually every CAD system available today offers an option that enables preparation of parameter-based prototypes which can be used in product design. Based on this “hard” criterion, most of the systems available in the market are uniform in that they all can offer this feature. However, besides the above mentioned, there is another “soft” assessment criterion. These systems can be classified into three different groups based on HOW prototypes can be prepared using those systems:

How does this meet manufacturers’ needs?

These systems are very different, if we look at their efficiency level or the ability to meet different manufacturers’ needs. This depends on the type of production that the manufacturer specializes in: mass, serial or bespoke production:

All three of the above types are suitable for mass production. Their design cycle is not an integral part of the order execution process, thus those engaged in mass production do not experience the same pressure that is felt by those specializing in other types of production. As a result, long prototype creation process characteristic of the systems belonging to the first group, is not particularly relevant.

In serial production, the design process accounts for an increasing share of time in the total lead time because the series become increasingly shorter. Due to this reason, the shortening of the prototype creation time becomes even more relevant.  Another important aspect that has to be addressed is the fact that in the face of technological changes and with new materials emerging, the usage period of the existing prototypes becomes shorter as new prototypes have to be created. Thus the time costs related to prototype creation becomes increasingly relevant.

In bespoke production, we face a dilemma: on the one hand, the most important aspect in this case, as compared to other production types, is the short design cycle because in bespoke production it can take up to 80 percent of the total lead time. On the other hand, due to the diversity of products (numerous different and frequently changing prototypes are required) and limited resources available, the creation of prototypes becomes too long and cost-inefficient using the first two methods. We need something that would enable us to create new prototypes quickly and at a low cost. Out of the system types indicated above, the representatives of the first two groups are previously created technologies which were based on the CAD technologies of that time. In those systems, the prototype creation uses vanilla programming or specific tools facilitating the programming of such a prototype.

Such creation of prototypes requires competences not only from designers but also from programmers. However, every day new tasks emerge in furniture design that do not fit into an existing framework of template design and we observe a trend where two systems are used concurrently in one company: prototype-based furniture design system facilitating speedy design, and a universal design system (e. g. AutoCAD) that enables you to create any designs you want. In this way the dilemma of design process automation and CAD flexibility manifests in full-blown form which seems difficult to resolve. The game began to change, however, with the advent of modern parameter-based CAD systems. What changes in the design process were brought about by these systems?

To put it simply, each part volume design operation in these systems is saved in the operations log which also contain all operations parameters. For example, the length, width and stretching height of the rectangle drawn using a stretch feature will be remembered as parameters in the system. Moreover, each operation which causes changes in the part volume remembers its position with respect to the previously defined geometry and follows it.

How does this benefit the design process?

All geometry created can be modified by changing any selected operation parameter. Such approach enables you to design any item so that you can later use it as a parameter-based prototype for other projects. In this way a need for special tools or special skills are eliminated and the only thing necessary is the designer’s competence, and most importantly, no additional time is required for prototype creation.

This parameter-based approach enables fast and cost-efficient adaptation to emerging inside and outside changes. The occurrence of these changes is the result of two trends increasingly observed in the market:

How does this all impact the choice of a CAD system?

One of the key objectives of businesses is to increase their efficiency and one of the ways of achieving this is through automation of processes, including design processes. For this reason, when purchasing a CAD system, an important assessment criterion to consider is its ability to automate routine designer’s tasks.

However, we increasingly observe another critically important feature of the system – flexibility. With new changes emerging earlier, the means of automation are no longer suitable for the new processes, and in order to maintain the efficiency of the design process, we need to adapt those features to the new circumstances within the shortest time possible.

For example, a company launches a new furniture series containing new types of facades. The façade prototypes previously created are no longer suitable and new ones have to be created. It is critical that this task is completed within a minimum time and cost.

What practical conclusions can we draw?

We are witnessing increasingly frequent changes due to current market trends, i.e. the shift toward customization and growing complexity of products. The ability to adapt becomes more relevant than ever. Without flexibility, the automaticity has zero value because if we do not have the option to “re-tune” it quickly and at a low cost, we cannot use it under new circumstances.

Flexibility, while initially being a “soft” criterion, becomes a very “hard” one which needs to be considered when selecting a CAD system, thus we need to request vendors for information on not only WHAT the system does but also HOW it does it.

You then need to look at HOW these prototypes are created. Does this process require special knowledge? Or does it involve special tools other than those used in day-to-day design operations?

The best way to get answers to these questions is to ask vendors to include a prototype creation demonstration into a general product demonstration which would allow you to see this process in action first-hand.

4 signs you should upgrade your furniture design software

Criteria for the selection of furniture design software